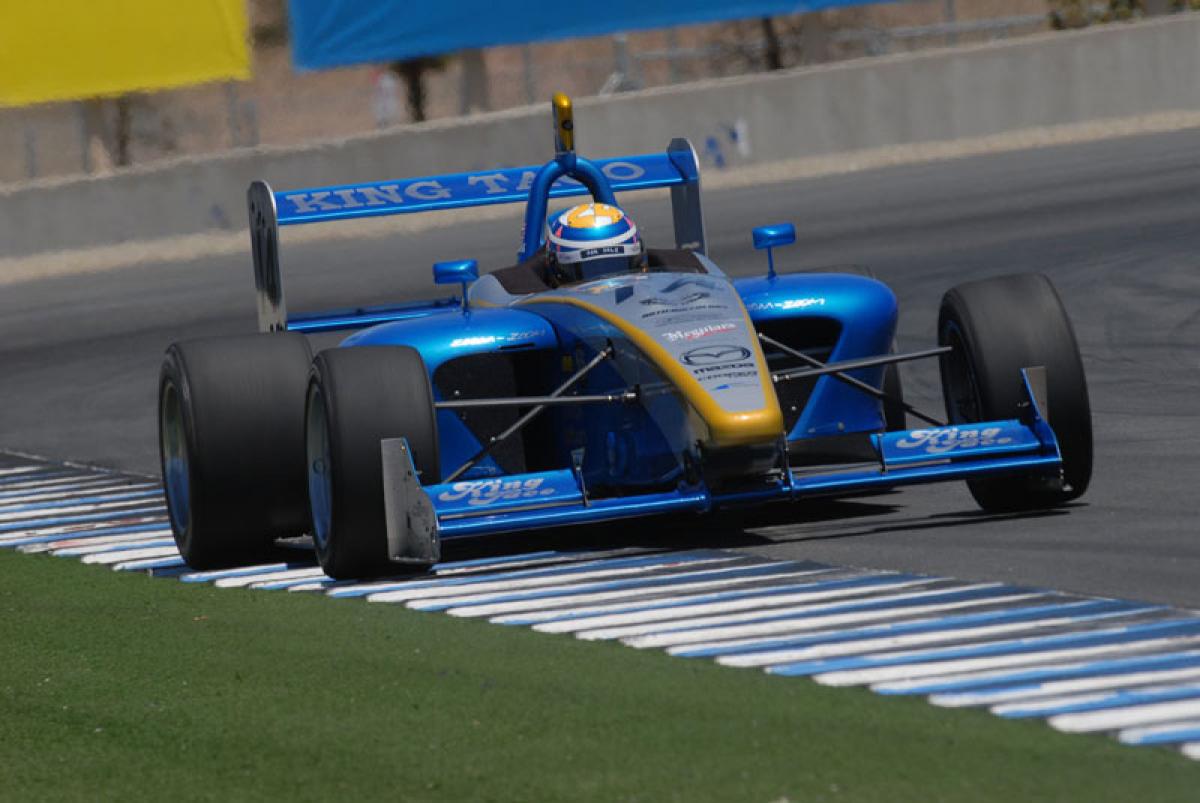 Making his debut at the sweeping 4.048-mile permanent road course, Seattle’s Skerlong is looking to end the year on a high note behind the wheel of the #24 King Taco/US RaceTronics Swift Mazda-Cosworth after a late-season series of retirements have witnessed the promising 18-year-old fall out of the top-ten in the Driver Standings.

Having placed as high as sixth overall in the points in June and holding the honour of the highest placed American in the ‘Rookie of the Year’ battle, Skerlong’s second place podium finish, in just his third career start in Houston in April remains the highlight of a challenging season which has seen the reigning Formula TR Pro Series 2000 Champion drop to his current 14th place standing.

Despite his recent woes, stemming from contact from rivals and a rare mechanical failure, Carl’s pace has continued to be evidenced throughout the campaign with the Washington-native collecting two top-five starting slots from his last three races, taking his current total to five top-ten qualifying efforts heading to Road America this weekend.

Two weeks ago in San Jose, home of the penultimate round and the final street race on the schedule, Skerlong was again comfortably placed in the top-five throughout practice. Again though, it was contact with another car that ultimately saw Carl dumped out of a competitive top-eight position, having earlier rocketed from 17th on the grid, the rookie eventually taking 17th at the checkered but six laps down on his rivals after a lengthy stop for repairs.

With Brazil’s Raphael Matos wrapping up the title a round early, Sunday’s 50-minute race will no doubt prove to be a gung-ho affair with the field keen to end the 2007 season on a high.

“I’ve had the chance to race the track on a couple of simulators and I’ve been going over some data from the team from last season,” stated Skerlong in preparation for his Road America debut this weekend. “It’s a little crazy, we’re going from our shortest track of the season, in San Jose, to the longest at Road America. Unfortunately we’ve been caught out lately by sheer bad luck but hopefully Sunday’s race will be a clean one. I definitely want to showcase something this weekend and make it a good, positive end to the year – the momentum of which we can then carry into next season!”

ESPN2 will air the race as a tape delayed broadcast on Wednesday 22nd August starting at 5pm EST.

Walker SmithMay 9, 2021May 9, 2021
69
North America’s Premier Driver Development Series Continues to Raise the Bar Despite its years of consistently producing some of the...